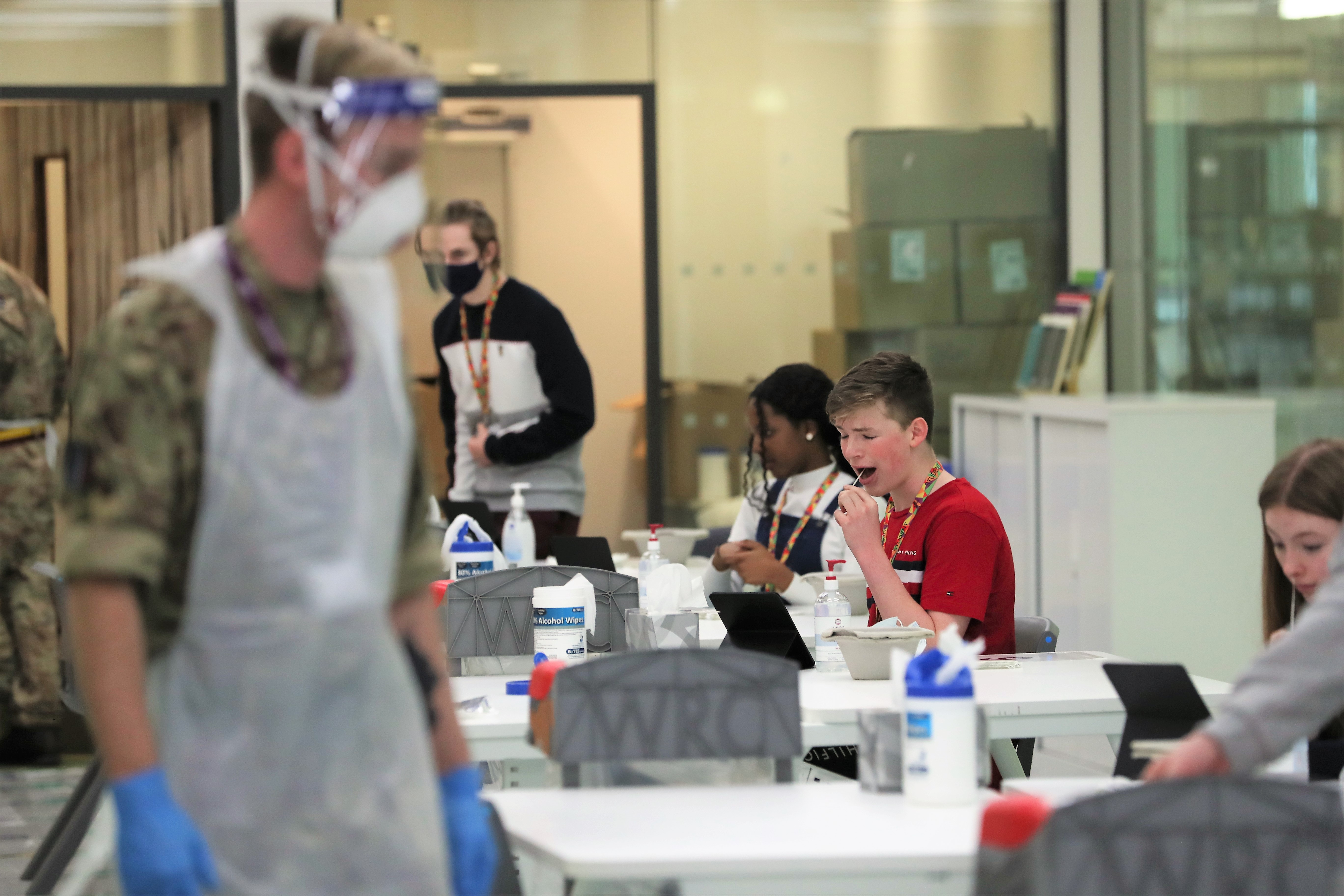 The mass testing trial took a huge effort and has been quite a journey. Alongside the deployment of MoD staff to help manage the testing with our inhouse team, we had weekly visits from the Department of Health and Social Care, Department of Education, and the trial brought the college national recognition, with features in major publications and notifications of the success of the trial commending the sixth form and its students for their efforts and the professional and organised way in which the college adapted to the trial.

In this final week, we completed our final series of tests with no new positive cases to report and increased numbers of students returning to college from self isolation. The whole process has been a great success and reflects really well on our students.

Film crews were on site for a number of days making informative videos for the roll out nationally of a programme which starts in early January, and we look forward to being part of the national programme.